This trade is all about G's- Gaynor, Gerald and Grands- three of them! Isn't that gleeful?

The Holiday in Utopia has at long last been traded!

Bet you were wondering if I'd ever generate it, hmmm? Well, I'm a gritty girl! I gnawed at quite a few things to trade the Holiday, spoke to a ginormous number of people, broke it into pieces to trade, even graffiti'd about it and took a gamble attempting to auction it off on bidorbuy.

What finally helped me move this great Holiday was I ended up gashing it into 2 weekends and converted each weekend into glorious cash! Yip... greenbacks!! I went this route after the gridlock of seeing that even the 2 gaily people who were genuinely keen for the weekends didn't have anything to trade with me- not even a gizmo or gadget! So I took a gusty step...

Gaynor - what a gem she is - was the first to take one of the getaway weekends. She found it through the gainful listing I made on that godsend Facebook, and has been to glistening Utopia before, so was gung-ho to get a few friends together and with her fiancé they're going to have a grandiose time this summer! 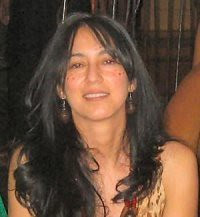 Then I went gallivanting to the genial gent next door to me, called Gerald, who has just moved in. It turned out he just needed to grasp that he could go mountain biking at Utopia and he was also gung-ho for the getaway! 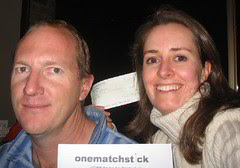 Well, I did a little gyrate! Then a gambol! And agreed to accept cash again as I giggled with glee, thinking at the genesis of this whole gradual trade! At that moment I felt like I'd won the grand slam!

Mixed with feeling grateful for Gaynor and Gerald's generosity, and giddy with gasping "Gee whiz's", I now feel a bit of gusto to put the cash up for trade, and see what happens.

So: be my guest- make me an offer! What would you trade with me for R3000.00? That's three thousand South African Rands. THREE GRAND! Be part of granting my wish and let's grow this 3000 and into something grand!